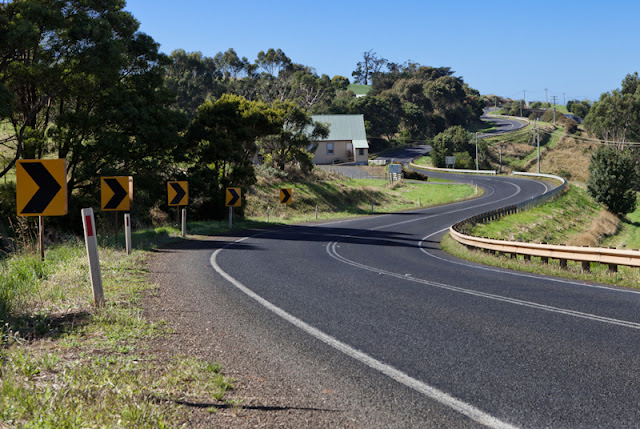 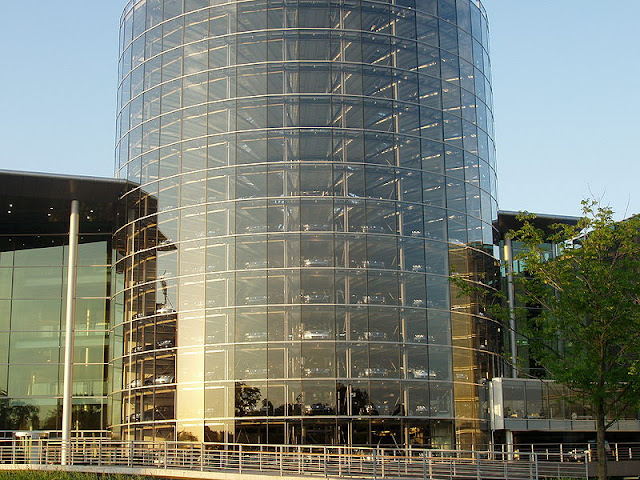 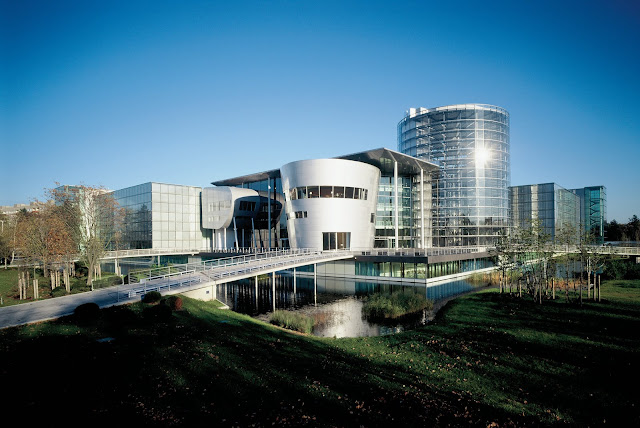 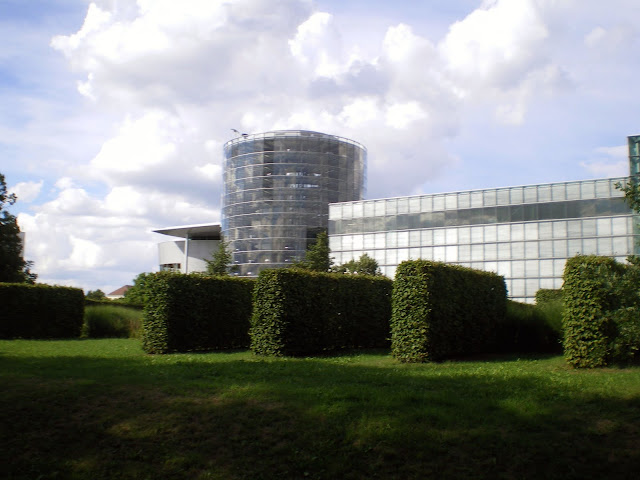 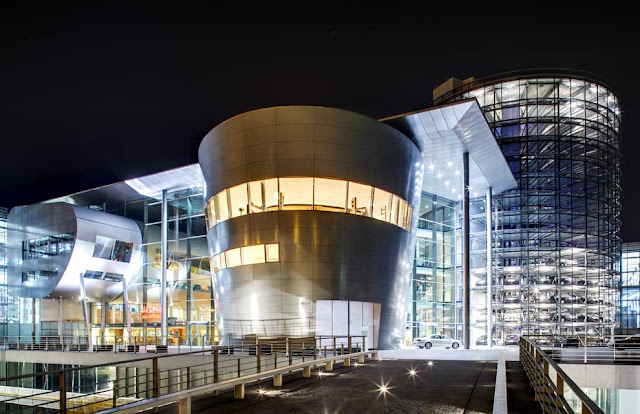 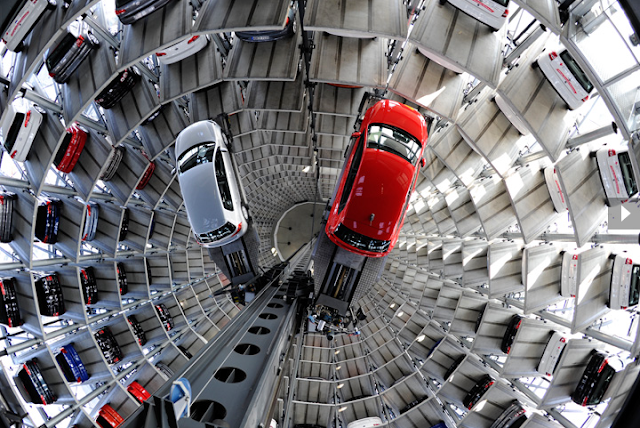 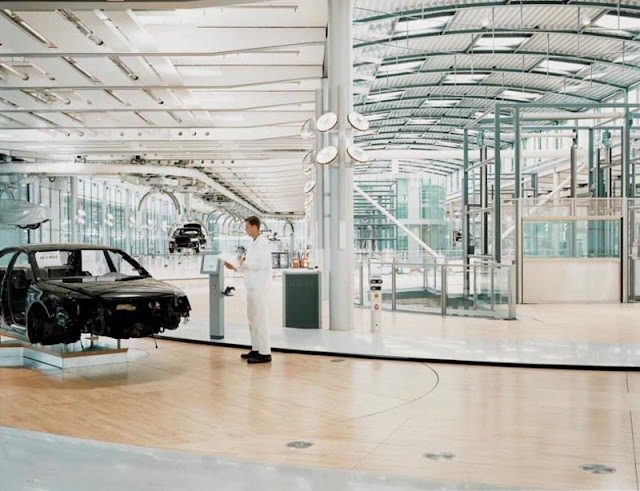 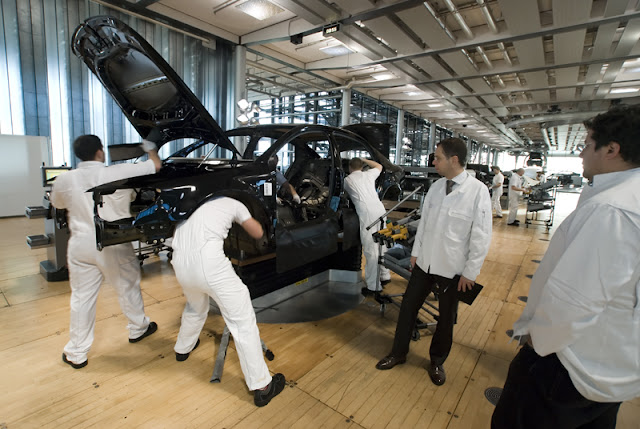 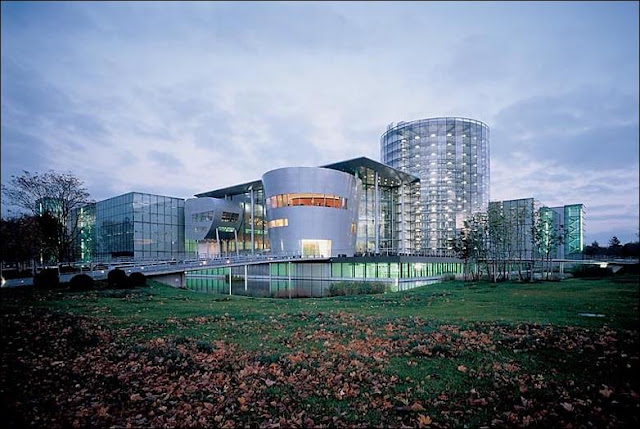 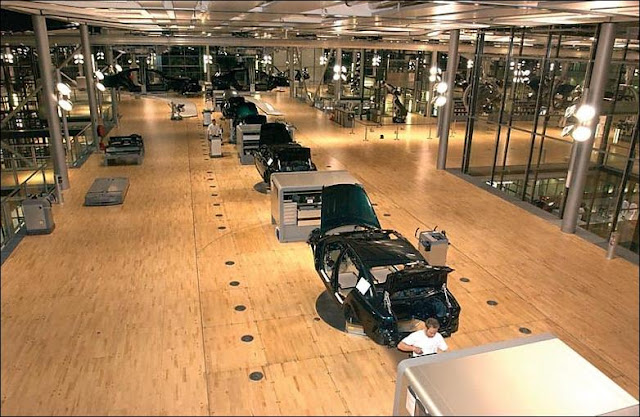 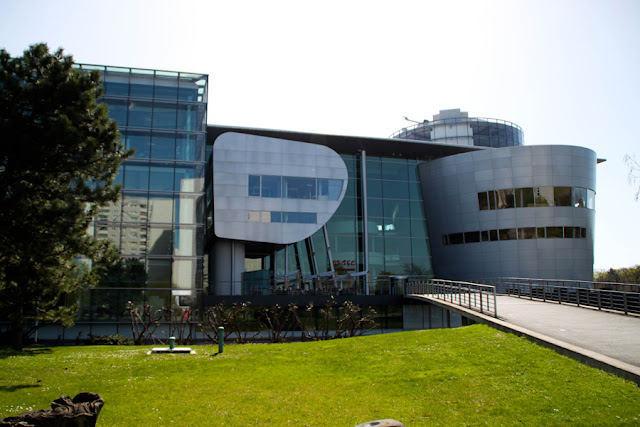 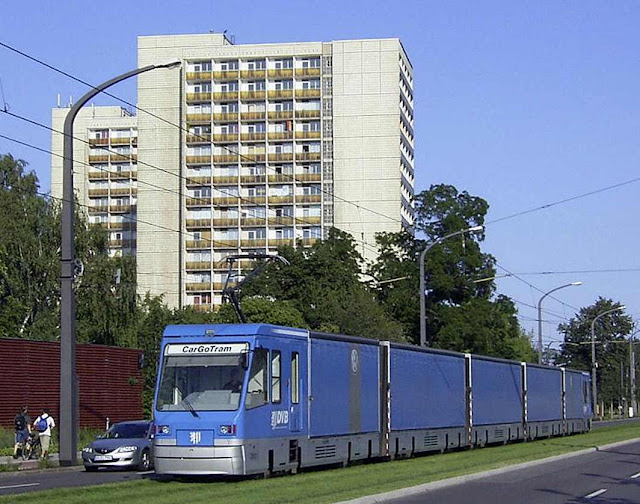 Transparent Factory is the English name of an automobile production plant owned by German carmaker Volkswagen, designed by architect Gunter Henn, and opened in 2002. The original German name is Gläserne Manufaktur (factory made of glass, literally vitreous manufactory). Both the German and English names are a word play on the double meaning of transparent and glassy, referring to both optical transparency and transparency of the production process.
The main purpose of the factory is the assembly of Volkswagen's luxury sedan, the Phaeton. Spare capacity was also used to construct Bentley Continental Flying Spur vehicles destined for the European market until 2006, when all work was transferred to Bentley's plant in Crewe, England.
The Transparent Factory is situated in the city center of Dresden, the 800-year-old German baroque city known for its arts and craftsmanship. It stands at the former location of the convention center. The factory's walls are made almost completely of glass. Its floors are covered entirely in Canadian maple. Its visitor-friendly layout was designed to accommodate up to 250 tourists per day. There are no smokestacks, no loud noises, and no toxic byproducts. Volkswagen have planted 350 trees in the grounds.
The transparent factory handles final assembly only. Operations such as stamping and welding and the painting of the steel bodies take place in Zwickau. Painted bodies arrive at the factory by truck. The other 1200 parts and 34 preassembled components are shipped to a remote logistics center and are transferred from there to the factory via CarGoTrams that run on Dresden's public transport tracks.
Posted by Devharsh Trivedi at 5/18/2011 12:40:00 PM No comments: 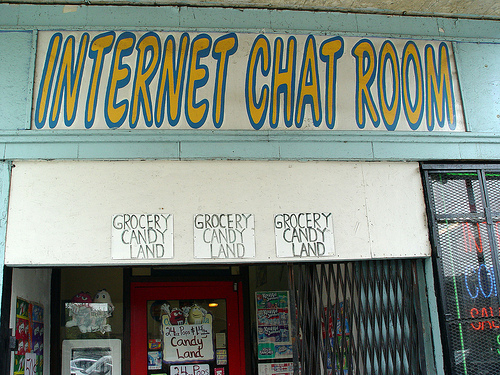 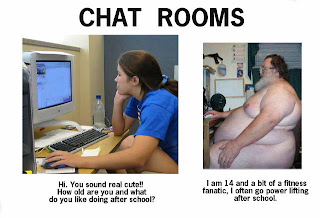 A few of the new error messages that were taken under consideration during the development of the Windows XP operating system...