The BRAI bill is riddled with problems

The BRAI bill is riddled with problems. Here are some of the glaring issues. 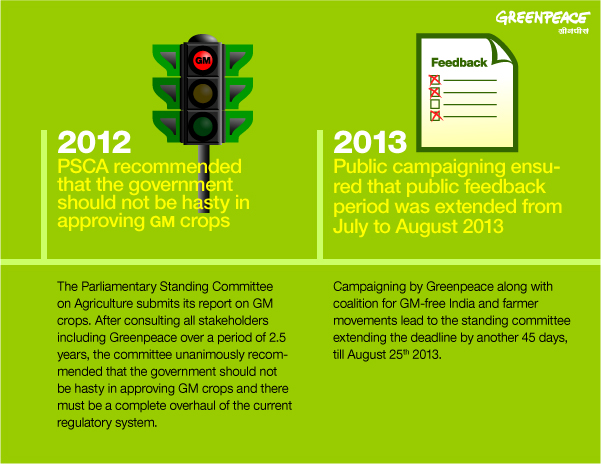 Why we should not allow genetically modified crops in our country. 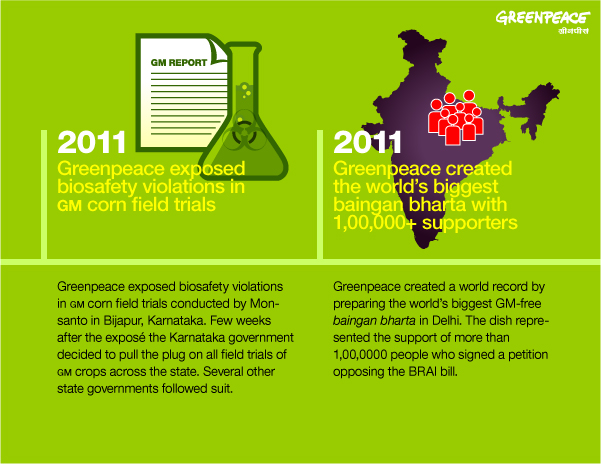 GM crops and associated chemicals like herbicides are controversial world-wide due to their harmful effects on human, animal and environmental health.
Our food and farming will be controlled by bio-tech multinationals and our farmer’s livelihoods will be adversely affected.
GM crops will destroy bio-diversity and can even impact beneficial insects like bees and butterflies besides contaminating the wild gene pool.
GM crops once permitted will contaminate regular varieties of crops as well, thereby leaving no choice for consumers if they want to avoid GM food, or farmers if they want to avoid GM seeds.
Passing of alien genes from GM crops to other species through contamination is a very real and serious threat.
Corporate control of seeds through GM seed technology is an established reality. In the 10 years since Bt cotton was approved in India, Monsanto, through its patented Bt gene controls 95% of cotton seeds sold.
Posted by Devharsh Trivedi at 8/20/2013 08:41:00 PM No comments:

save your food from foreign corporations 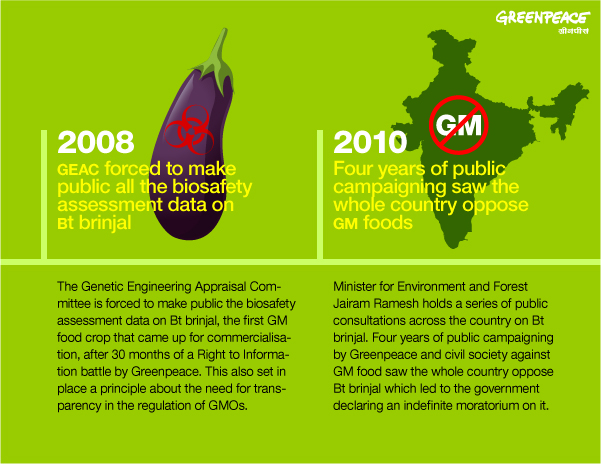 Throughout the country please stop using cars except for emergency for only seven days (Just 7 days)
Definitely Dollar rate will come down. This is true. The value to dollar is given by petrol only.This is called Derivative Trading. America has stopped valuing its Dollar with Gold 70 years ago.

Americans understood that Petrol is equally valuable as Gold so they made Agreement with all the Middle East countries to sell petrol in Dollars only. That is why Americans print their Dollar as legal tender for debts. This mean if you don't like their American Dollar and go to their Governor and ask for repayment in form of Gold,as in India they won't give you Gold.

You observe Indian Rupee, " I promise to pay the bearer..." is clearly printed along with the signature of Reserve Bank Governor. This mean, if you don't like Indian Rupee and ask for repayment,Reserve Bank of India will pay you back an equal value of gold.(Actually there may be minor differences in the Transaction dealing rules, but for easy comprehension I am explaining this)

Let us see an example. Indian petroleum minister goes to Middle East country to purchase petrol, the Middle East petrol bunk people will say that liter petrol is one Dollar.
But Indians won't have dollars. They have Indian Rupees. So what to do now? So That Indian Minister will ask America to give Dollars. American Federal Reserve will take a white paper , print Dollars on it and give it to the Indian Minister. Like this we get dollars , pay it to petrol bunks and buy petrol.

But what will Americans give to the Middle East countries for selling petrol in Dollars only?

Middle East kings pay rent to America for protecting their kings and heirs. Similarly they are still paying back the Debt to America for constructing Roads and Buildings in their countries. This is the value of American Dollar. That is why Many say some day the Dollar will be destroyed.

At present the problem of India is the result of buying those American Dollars. American white papers are equal to Indian Gold. So if we reduce the consumption of petrol and cars, Dollar will come down

The Above Details are translated originally from Telugu Language to English by Radhika Gr.
Kindly share this and make everyone aware of the facts of American Dollar V/s Indian Rupee.

And here is a small thing other than petrol , what we can do to our Indian Rupee

YOU CAN MAKE A HUGE DIFFERENCE TO THE INDIAN ECONOMY BY FOLLOWING FEW SIMPLE STEPS:-

Please spare a couple of minutes here for the sake of India.
Here's a small example:-

Do you think US Economy is booming? No, but Indian Economy is Going Down.

Our economy is in your hands.INDIAN economy is in a crisis. Our country like many other ASIAN countries, is undergoing a severe economic crunch. Many INDIAN industries are closing down. The INDIAN economy is in a crisis and if we do not take proper steps to control those, we will be in a critical situation. More than 30,000 crore rupees of foreign exchange are being siphoned out of our country on products such as cosmetics, snacks, tea, beverages, etc. which are grown, produced and consumed here.

A cold drink that costs only 70 / 80 paise to produce, is sold for Rs.9 and a major chunk of profits from these are sent abroad. This is a serious drain on INDIAN economy. We have nothing against Multinational companies, but to protect our own interest we request everybody to use INDIAN products only at least for the next two years. With the rise in petrol prices, if we do not do this, the Rupee will devalue further and we will end up paying much more for the same products in the near future.

What you can do about it?
Buy only products manufactured by WHOLLY INDIAN COMPANIES.Each individual should become a leader for this awareness. This is the only way to save our country from severe economic crisis. You don't need to give-up your lifestyle. You just need to choose an alternate product.

Daily products which are COLD DRINKS,BATHING SOAP ,TOOTH PASTE,TOOTH BRUSH ,SHAVING CREAM,BLADE, TALCUM POWDER ,MILK POWDER ,SHAMPOO , Food Items etc. all you need to do is buy Indian Goods and Make sure Indian rupee is not crossing outside India.

Every INDIAN product you buy makes a big difference. It saves INDIA. Let us take a firm decision today.

we are not anti-multinational. we are trying to save our nation. every day is a struggle for a real freedom. we achieved our independence after losing many lives.
they died painfully to ensure that we live peacefully. the current trend is very threatening.

multinationals call it globalization of indian economy. for indians like you and me, it is re-colonization of india. the colonist's left india then. but this time, they will make sure they don't make any mistakes.

russia, s.korea, mexico - the list is very long!! let us learn from their experience and from our history. let us do the duty of every true indian. finally, it's obvious that you can't give up all of the items mentioned above. so give up at least one item for the sake of our country!

We would be sending useless forwards to our friends daily. Instead, please forward this to all your friends to create awareness.
Posted by Devharsh Trivedi at 8/20/2013 12:22:00 AM No comments: