The commemoration of all the faithful departed is celebrated by the Church on 2 November, or, if this be a Sunday or a solemnity, on 3 November. The Office of the Dead must be recited by the clergy and all the Masses are to be of Requiem, except one of the current feast, where this is of obligation. The theological basis for the feast is the doctrine that the souls which, on departing from the body, are not perfectly cleansed from venial sins, or have not fully atoned for past transgressions, are debarred from the Beatific Vision, and that the faithful on earth can help them by prayers, almsdeeds and especially by the sacrifice of the Mass.
All Souls' Day commemorates the faithful departed. In Western Christianity, this day is observed principally in the Catholic Church, although some churches of Anglican Communion and the Old Catholic Churches also celebrate it. The Eastern Orthodox Church observes several All Souls' Days during the year. The Roman Catholic celebration is associated with the doctrine that the souls of the faithful who at death have not been cleansed from the temporal punishment due to venial sins and from attachment to mortal sins cannot immediately attain the beatific vision in heaven, and that they may be helped to do so by prayer and by the sacrifice of the Mass. In other words, when they died, they had not yet attained full sanctification and moral perfection, a requirement for entrance into Heaven. This sanctification is carried out posthumously in Purgatory. 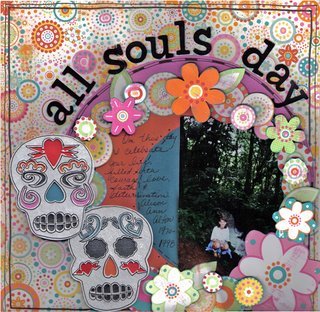 All Saints' Day (in the Roman Catholic Church officially the Solemnity of All Saints and also called All Hallows or Hallowmas), often shortened to All Saints, is a solemnity celebrated on 1 November by parts of Western Christianity, and on the first Sunday after Pentecost in Eastern Christianity, in honour of all the saints, known and unknown. In the Western calendar it is the day after Halloween and the day before All Souls' Day.
Solemnity celebrated on the first of November. It is instituted to honour all the saints, known and unknown, and, according to Urban IV, to supply any deficiencies in the faithful's celebration of saints' feasts during the year. All Saints Day, the day on which Catholics celebrate all the saints, known and unknown, is a surprisingly old feast. It arose out of the Christian tradition of celebrating the martyrdom of saints on the anniversary of their martyrdom. When martyrdoms increased during the persecutions of the late Roman Empire, local dioceses instituted a common feast day in order to ensure that all martyrs, known and unknown, were properly honored. 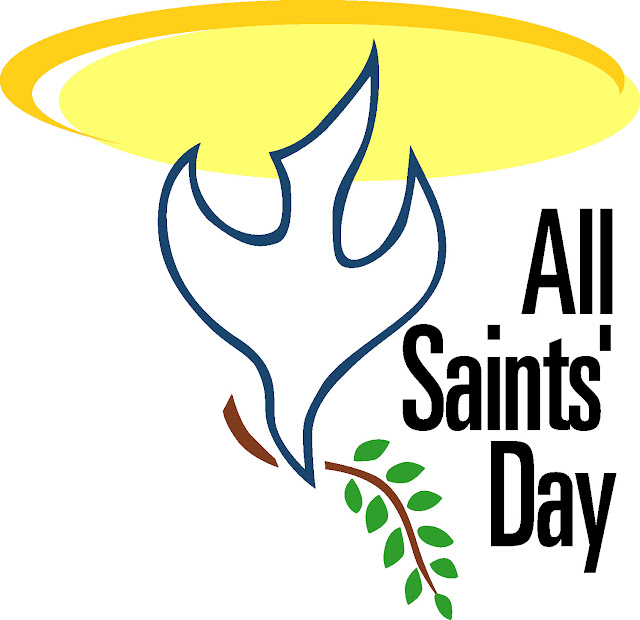 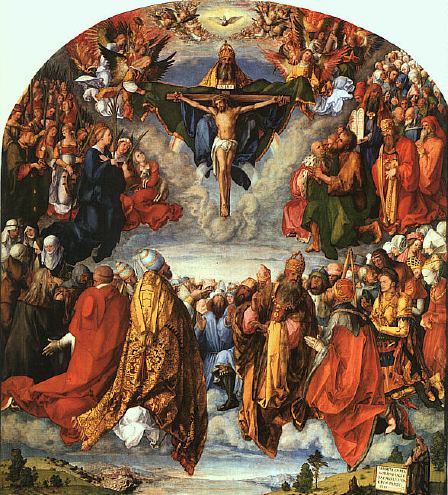 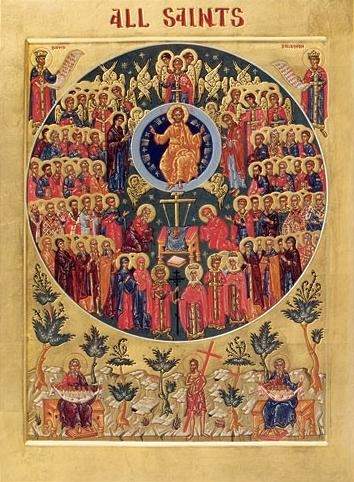