Swashbuckling opening batsman Virender Sehwag will become India's ninth(9th) cricketer to play 100 Tests when he walks onto the field at Mumbai's Wankhede Stadium on 23rd November 2012, Friday in the second cricket Test against England. Hit like and Share to Congratulate him. 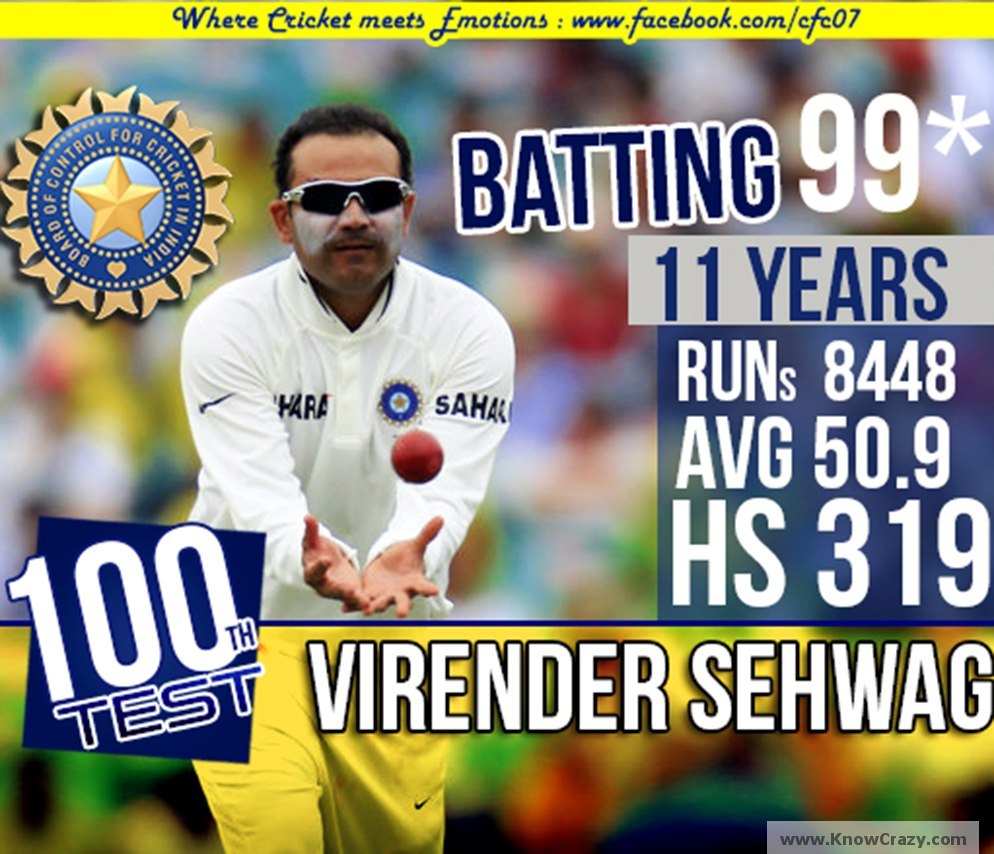 Welcome to Sabarmati Marathon, Amdavad
Lovely winter of Amdavad, 600 years old historical city with its enchanting monuments, modern infrastructure and the indomitable Amdavadi spirit invite the runner in you to test your metal against the very best!

The 3rd edition of the event is scheduled on 6th January 2013. This edition promises to be even bigger and better!

Ever increasing popularity of the event is because it is well organized and also because it has one of the flattest race terrains. The western winter weather has just the right temperature for running. No wonder, some of the fastest times are recorded in the previous editions here.

Sabarmati Marathon also gives you an opportunity to visit and experience one of the most admired cities and voted one of the best cities to live in! 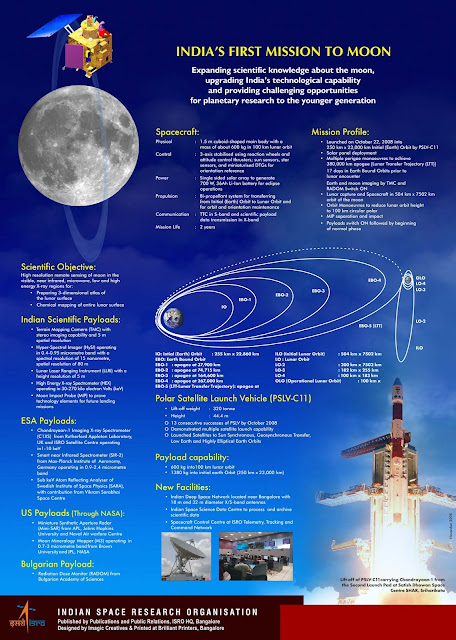 This manoeuvre involved firing of the liquid engine for 817 seconds when the spacecraft passed within 500 km from the Moon. The satellite was placed in an elliptical orbit that passed over the polar regions of the Moon, with 7502 km aposelene (point farthest away from the Moon) and 504 km periselene, (nearest to the Moon). The orbital period was estimated to be around 11 hours. With the successful completion of this operation, India became the sixth nation to put a spacecraft in lunar orbit.

It may be recalled that Chandrayaan 1 spacecraft was launched on October 22, 2008 by PSLV C11 from Indias spaceport at Satish Dhawan Space Centre (SDSC) SHAR, Sriharikota.

True Story of Miss India 2009 - an inspiring story for everyone..!! 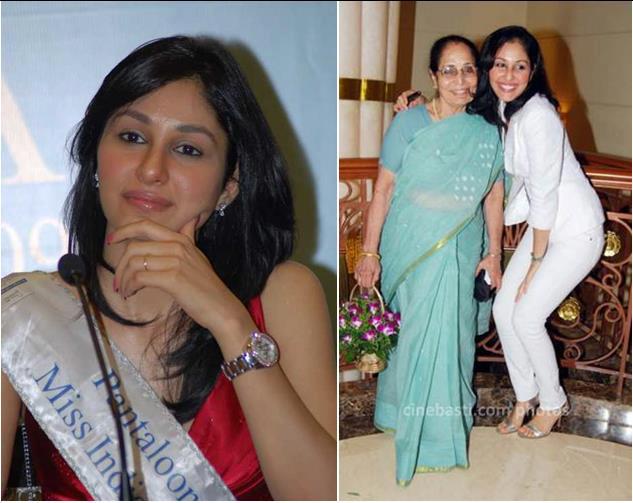 "I don’t know where to begin... they were terrible times. My husband was well-placed, but the marriage had begun to sink almost as soon as it began. Like most women do, I tried to work against all the odds .

My in-laws insisted everything would be alright if I had a son. My first child was a daughter, and that didn’t do me any good... but I couldn’t walk out. I had lost my father, my brother was in a not-so-senior position in Bata. I didn’t want to be a burden on my family and continued to live in my marital home in Kolkata.

I looked after my mother-inlaw, who was suffering from cancer, and while bathing her, I would tell myself she would bless me and put things right.

I don’t know how I tolerated it all. The least a man can do, if he must philander, is to not flaunt his women in his wife’s face. Then began the manhandling. I still wanted my marriage to survive. I was a pure vegetarian and learnt to cook non-vegetarian delicacies thinking it would please him.

Then, I was pregnant again. When Pooja was eight months in my womb, my husband brought a girl to the house and announced he would marry her. I thought of killing myself. I hung on the slight hope that if the baby was a boy, my marriage could be saved.

When Pooja was born a girl, for three days, nobody came to the hospital. There was a squadron leader’s wife on the opposite bed, who was kind enough to give me baby clothes for Pooja to wear. When she was 20 days old, I had to make a choice. I left the house with my girls ‘ Pooja and Shubra, who was seven then. I haven’t seen my husband since. I promised myself, even if we had just one roti, we would share it, but together.

I began life in Mumbai with the support of my mother, brother, who was by then married. It wasn’t the ideal situation, especially when he had children - space, money, everything was short. I began work at the Taj Colaba and got my own place. How did I manage? Truth be told, I would put a chatai on the floor, leave two glasses of milk and some food, and bolt the door from outside before going to work. I would leave the key with the neighbours and tell the kids to shout out to them when it was time to leave for school.

Their tiny hands would do homework on their own, feed themselves on days that I worked late. My elder daughter Shubhra would make Pooja do her corrections... This is how they grew up. At a birthday party, Pooja would not eat her piece of cake, but pack it and bring it home to share with her sister. When Shubhra started working, she would skip lunch and pack a chicken sandwich that she would slip in her sister’s lunchbox the next day.

I used to pray, ‘God, punish me for my karma, but not my innocent little kids. Please let me provide them the basics.’ I used to struggle for shoes, socks, uniforms. I was living in Bangur Nagar, Goregaon. Pooja would walk four bus stops down to the St Thomas
Academy . Then, too little to cross the road, she would ask a passerby to help her. I had to save the bus money to be able to put some milk in their bodies.

Life began to change when I got a job for Rs 6,000 at the then Goa Penta. Mr Chhabra, the owner, and his wife, were kind enough to provide a loan for me. I sent my daughters to my sister’s house in Pune, with my mother as support. I spent four years working in Goa while I saved to buy a small one-bedroom house in Pune (where the family still lives). I would work 16-18 hours a day, not even taking weekly offs to accumulate leave and visit my daughters three or four times a year.

Once I bought my house and found a job in Pune, life began to settle. I worked in Hotel Blue Diamond for a year and then finally joined Mainland China ‘ which changed my life. The consideration of the team and management brought me the stability to bring them up, despite late hours and the travelling a hotelier must do.

Shubhra got a job in Hotel Blue Diamond, being the youngest employee there while still in college, and managed to finish her Masters in commerce and her BBM. Today, she is married to a sweet Catholic boy who is in the Merchant Navy and has a sweet daughter.

I continue to finish my day job and come home and take tuitions, as I have done for all these years. I also do all my household chores myself.

Through the years, Shubhra has been my anchor and Pooja, the rock. Pooja’s tiny hands have wiped away my tears when I broke down. She has stood up for me, when I couldn’t speak for myself. Academically brilliant, she participated in all extra-curricular activities. When she needed high heels to model in, she did odd shows and bought them for herself.

When I saw Pooja give her speech on TV, I knew it came from her heart. I could see the twinkle in her eye. And I thought to myself as she won ‘My God, this is my little girl.’ God was trying to tell me something.

Today, I’ve no regrets. I believe every cloud has a silver lining. As a mother, I’ve done nothing great."

Pooja speaks on fulfilling that promise... "When I was 20 days old, my mother was asked to make a choice. It was either me, a girl child, or her husband. She chose me. As she walked out she turned around and told her husband, ‘One day, this girl will make me proud’. That day has come. Her husband went on to marry a woman who gave him two sons. Today, as I stand here a Miss India, I don’t even know if my father knows that it is me, his daughter, who has set out to conquer the world, a crown on my head.

"Our lives have not been easy, least so for my mother. Financially, emotionally, she struggled to stay afloat, to keep her job and yet allow us to be the best that we could be. I was given only one condition when I started modelling ‘ my grades wouldn’t drop.

"All the girls in the pageant worked hard, but my edge was my mother’s sacrifice, her karma. Today, when people call to congratulate me, it’s not me they pay tribute to, but to her life and her struggle. She’s the true Woman of Substance. She is my light, my mentor, my driving force."