Ganesh Chaturthi or Vinayaka Chaturthi is the birthday of Lord Ganesha. Shri Ganesh is considered as the first god to be invited and worshiped before any great dead/work. Every Indians are celebrated this festival with great enthusiasm. This year Shri Ganesh Chaturthi is fall on September 19, 2012. There are thousands of Ganesh statues are installed in various public places, epecially in Maharashtra, Goa and Andhra Pradesh. Here we provides somes latest Ganesh Chaturthi photos and shri ganesh visarjan wallpapers from Maharashtra and mamy famous cities. 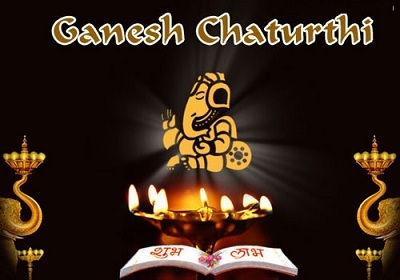 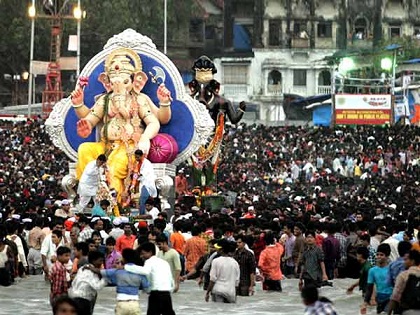 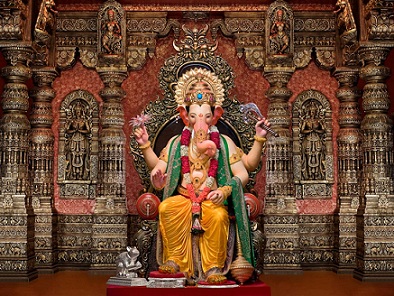 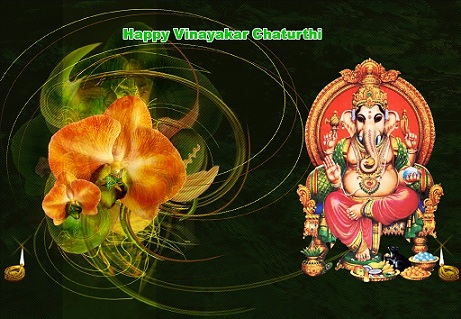 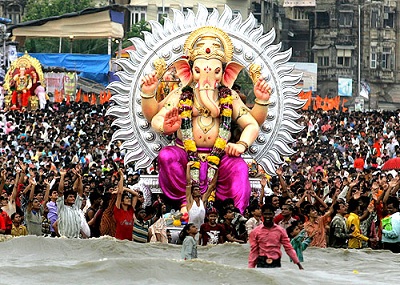 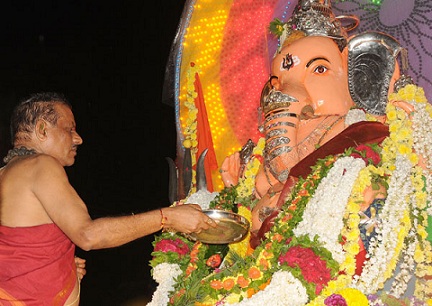 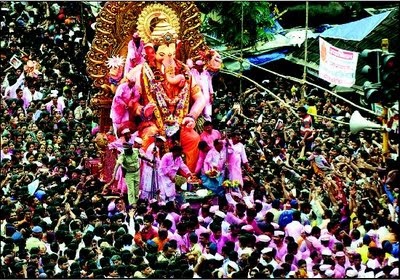 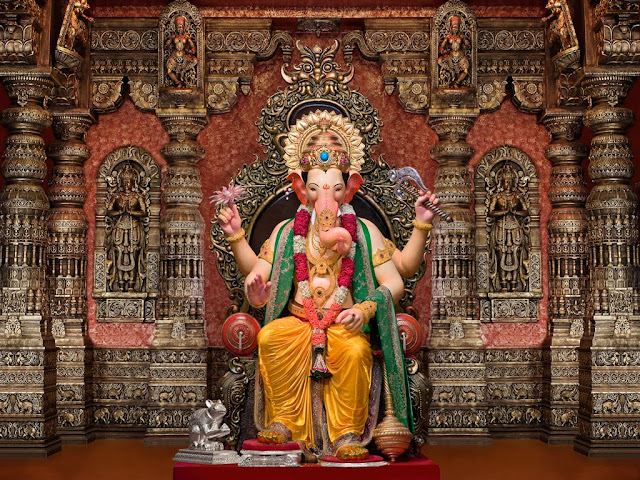 Lalbaugcha Raja (King of Lalbaug) is the most famous Ganpati idol in Mumbai. It is believed that this Ganesh Idol is Navsacha Ganpati (which means the fulfiller of the wishes).
Lalbaugcha Raja Sarvajanik Ganeshotsav Mandal was established in 1934. Lakhs of Ganesh devotees come here to seek blessings of Lord Ganesha during ten days of Ganeshotsav.
There are two main lines to see the idol: a general line, and a navas line for those wanting to make a vow or get a wish fulfilled.
Lots of celebrities from Bollywood, sportsmen, politicians, and other visit Lalbaugcha Raja to seek his blessings.

The Ganesh idol of Kings Circle’s GSB Seva Mandal is very popular amongst devotees during the Ganesh Chaturthi. This Ganesh idol is popularly known as Golden Ganpati of Mumbai as it is adorned with gold and silver jewellary worth 100 millions of rupees.
This Ganesh mandal was established in 1954 by a Gowd Saraswat Brahmin.
he Ganesh Idol of this mandal is always a eco-friendly idol made of clay and another unique thing of this Ganesh Mandal is that instead of playing recorded film music or devotional songs, this mandal celebrates the Ganesh Chaturthi is a religious manner, playing traditional Indian musical instruments used in south Indian temples is played.

Sarvajanik Shree Ganeshotsav Mandal was established in 1970 at the Khambata Lane at Khetwadi in Girgaon area of central Mumbai. The Ganesh idol of this mandal is known as “Khetwadi Cha Raja”.
Every year Hindus, Muslims, Parsis and Christians come together to celebrate this ten day Ganeshotsav festival.
The lighting and decoration is what made this galli so famous.

Nikadvari Lane Sarvajanik Ganesh Mandal’s Ganesh Idol is a another popular Ganesh Idol in Mumbai during the Ganesh Chaturthi festival. The mandal is famous for its 25-feet long eco-friendly Ganpati idol.
This ganesh idol is popularly known as Girgaoncha Raja.

Sahyadri Krida Mandal located in Chembur’s Tilak Nagar is also a famous Ganesh Mandal in Mumbai during Ganesh Chaturthi.
This Ganesh Mandal has always been in news for two reasons, its elaborate pandals and its huge funding by underworld don Chhota Rajan — though the organizers deny this.
However in last few years, the organizers have toned down the lavish sets.
Still a place to visit during Ganeshotsav.
Posted by Devharsh Trivedi at 9/04/2012 03:14:00 PM No comments:

Ganesh Chaturthi 2012 Date
Wednesday, 19th September 2012
The countdown to the birth of the elephant God has begun.
Although celebrated all across India, Ganesh Chaturthi (or Vinayak Chaturthi, as it's also known) is a really important festival especially in the states of Maharashtra, Karnataka, Tamil Nadu and Andhra Pradesh in the Deccan and South India. This Ganesh festival is about bringing home brilliantly crafted idols of the God, and there he will sit in state till Ganesh Chaturthi on September 19, when he is devotedly immersed in water. 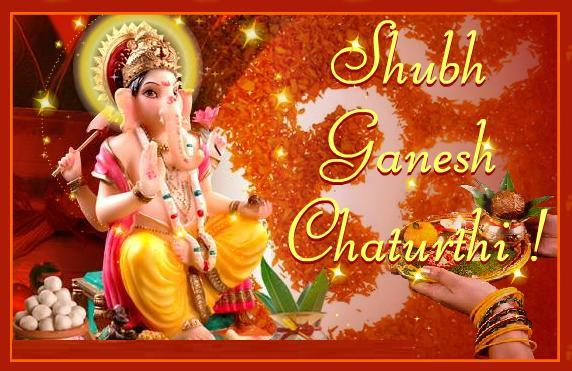 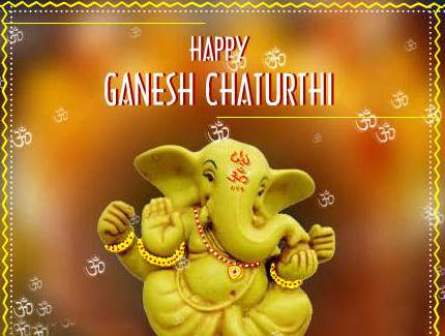 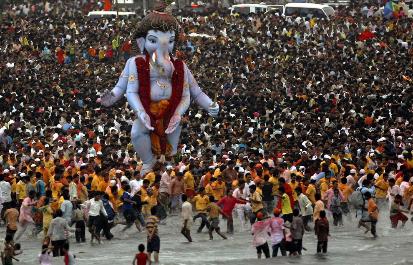 Ganesh Chaturthi in 2012 is on Wednesday, the 19th of September.
Ganesh Chaturthi is observed in the Hindu calendar month of Bhaadrapada, starting on the shukla chaturthi (fourth day of the waxing moon period).