The release of more than 1,000 new gTLDs (generic Top Level Domains) is the biggest shake-up since the internet began. Over 1,200 new gTLDs are set to be released, revolutionizing how we interact online. Up to 20 new TLDs will be delegated each week over the next two years. Over 75% of the biggest global brands have applied for their own Top Level Domain. 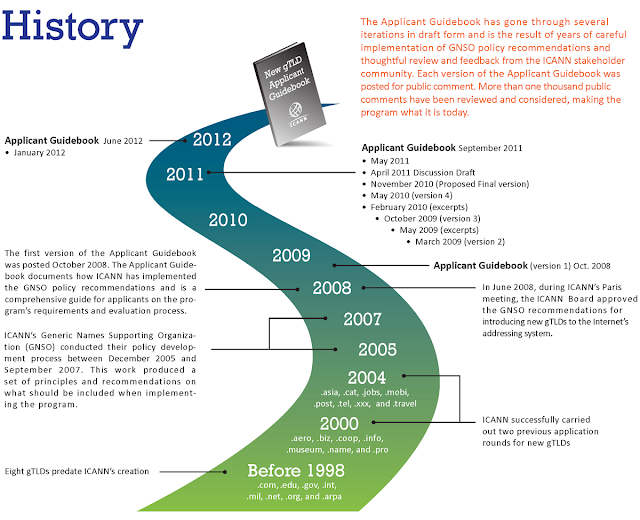 The application window opened on 12 January 2012, and ICANN received 1,930 applications for new gTLDs. On 17 December 2012, ICANN held a prioritization draw to determine the order in which applications would be processed during Initial Evaluation and subsequent phases of the program. These applications were processed by ICANN staff and evaluated by expert, independent third-party evaluators according to priority numbers. 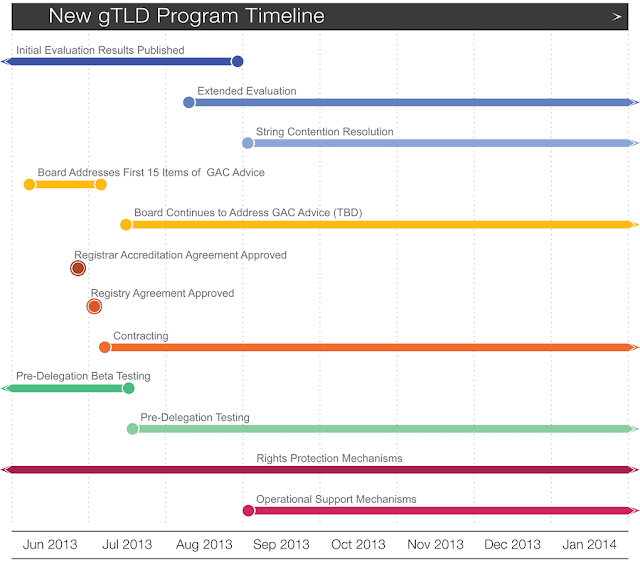 Dot place, dot trend, dot industry, dot meme – dot allsorts. They’re up for grabs. This is the beginning of a new digital landscape. Your website wont have to be .com, .org or .biz. Offering your brand the opportunity to grow its digital footprint and to build a domain portfolio that works for you. New gTLDs offers businesses a raft of opportunities to grow and consolidate your online brand.

My favorite gTLDs are .computer, .blog, .cricket, .book, .web, .app, .codes etc. Some featured domain names are .build, .luxury, .uno, .bike, .clothing, .guru, .london, .menu, .online, .shop, .site, .vegas, .singles and more. In few months Internet is about to have a new look and it is going to change completely how we use it.

Visit this link to view the list of all upcoming gTLD:
http://money.cnn.com/infographic/technology/new-gtld-list/
Posted by Devharsh Trivedi at 11/24/2013 01:39:00 PM No comments:

What does GmbH mean?

Gesellschaft mit beschränkter Haftung (abbreviated GmbH, in Austria also GesmbH or Ges.m.b.H.), German for "company with limited liability", is a type of legal entity very common in Germany, Austria, Switzerland, and other German-speaking Central European countries. The name of the GmbH form emphasizes the fact that the owners (Gesellschafter, also known as members) of the entity are not personally liable for the company's debts.

The GmbH has become the most common corporation form in Germany, since the AG (Aktiengesellschaft), the other major company form corresponding to a stock corporation, was until recently much more complicated to form and operate. In Germany, there are two types of companies: publicly traded and privately held.

The acronym 'GmbH', which is written after the name of the company, designates a company as private in Germany. The letters stand for Gesellschaft mit beschränkter Haftung which, translated literally, means a 'company with limited liability'. GmbH companies are incorporated and, as such, are legal entities unto themselves. These companies must have a minimum of two partners and may be, but do not have to be, owned by a public company.

German companies that are publicly traded are designated as such by the letters 'AG' after the company name. 'AG' is an abbreviation for the German word Aktiengesellschaft, which literally translates to 'corporation' in English.
Posted by Devharsh Trivedi at 11/24/2013 12:34:00 PM No comments:

Man Vs Woman - Must Read 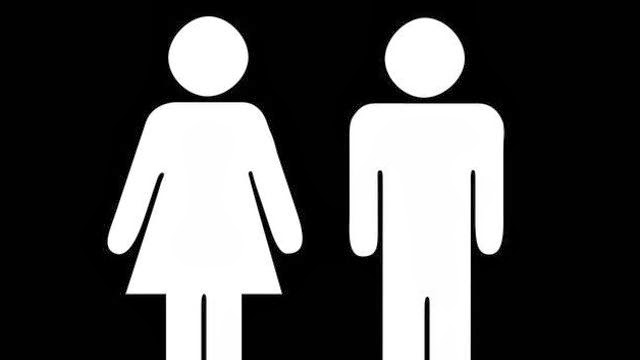 6. Any married man should forget his mistakes - there's no use in two people remembering the same thing.

8. A woman has the last word in any argument. Anything a man says after that is the beginning of a new argument. 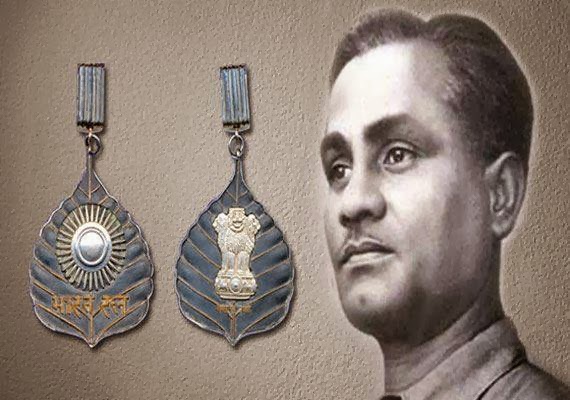 We are not against that Sachin getting BHARATRATNA.
It's most Happy moment for all Sachin Fans.

But Who is Dhyaanchand & Why People asking to give him Bharatratna...?

1)
Before Independence When INDIA went on a Tour,
INDIA Won 3 Olympic Gold medals in Hockey. In Olympic Games We Played 48 Games and Wins all of them.!

2)
INDIA was Unbeatable in Hockey for 20 years.
We defeated America in all the matches and since than America banned Hockey for the Next Few Years.
Can you imagine what an achievement it was.!

3)
Shree Dhyaanchand was among those Who made Hitler his Fan and He requested to accept Germany Citizenship and play for Germany & in return he will get as much as Money and a he will be head of his Army.!
but He refused saying he does not play for money but for Country.!

4)
How he made Hitler his fan..?
When he went to Germany for Hockey World Cup he was injured by Germany Goal Keeper.!
In return he Ordered his Team mates to take revenge..!
Can you imagine someone challenging Germany citizen in front of Hitler..!
He by passed the ball from Goal keeper but didn't do a Goal.,
This was the biggest shame for Germany and Hitler was impressed by his answer..!

5)
There was a match When he didn't Score a Single Goal.
On this he argued with match referee that the Goal post length is short because I can't do a Goal.
This was found correct and goal post length was increased & latter he scored 8 goals..!

6)
HE WAS THE ONLY INDIAN WHO HOISTED INDIAN FLAG BEFORE INDEPENDENCE NOT ONLY IN INDIA BUT IN GERMANY..!
WE WERE RULED BY BRITISHERS AND NOT ALLOWED TO TAKE OUT FLAG BUT HE HIDE THAT IN HIS NIGHT DRESS AND TOOK IT TO GERMANY.
IT REQUIRES A LOT OF GUTS.!
ON THIS BRITISHERS ANNOUNCED IMPRISONMENT BUT HITLER DIDN'T LET THIS HAPPEN.!

7)
During his last time he became So Poor that he didn't had Money to have Food, again he was offered a Coach Post by America and Germany but he refused saying if he teaches Hockey to them than INDIA will no more be a Champion in Hockey.
but our Govt didn't offer him anything & it was INDIAN ARMY Who helped him.!

Once upon a time he went to see a Hockey match at Ahmadabad but was not allowed in Stadium Saying We don't recognize You..? That game was attended by Jawaharlal Nehru.!

THIS IS SHOCKING HE IS NOT A BHARAT RATN AS PER OUR GOVT BUT MORE THAN 50 COUNTRIES HAVE AWARDED HIM WITH MORE THAN 400 AWARDS.

THIS IS BEFORE INDEPENDENCE,
WHAT A STRUGGLE.